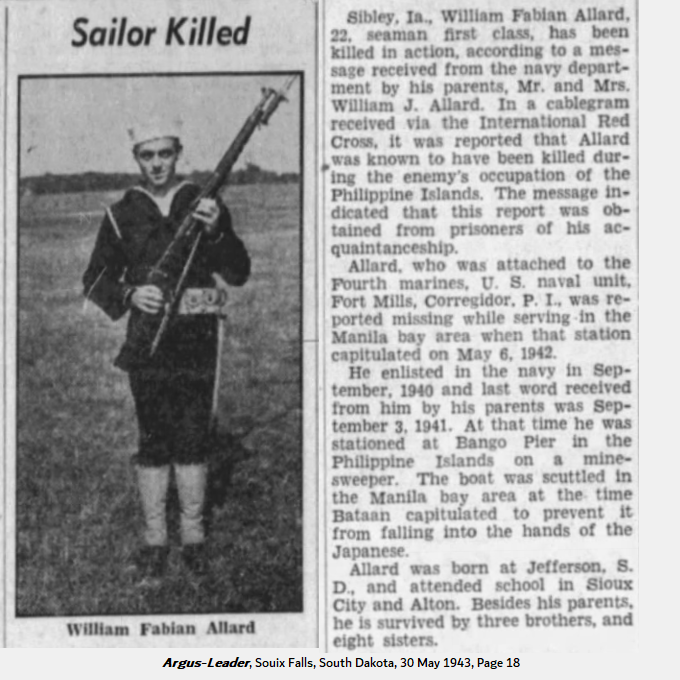 Sibley. IA
William Fabian Allard. 22. seaman first class, has been killed in action, according to a message received from the navy department by his parents. Mr. and Mrs. William J. Allard. In a cablegram received via the International Red Cross, it was reported that Allard was known to have been killed during the enemy's occupation of the Philippine Islands. The message indicated that this report was obtained from prisoners of his acquaintanceship. Allard. who was attached to the Fourth marines, U. S. naval unit. Fort Mills, Corregidor. P. I., was reported missing while serving In the Manila bay area when that station capitulated on May 6, 1942. He enlisted in the navy in September, 1940 and last word received from him by his parents was September 3. 1941. At that time he was stationed at Eango Pier in the Philippine Islands on a mine sweeper. The boat was scuttled in the Manila bay area at the Bataan capitulated to prevent it from falling into the hands of the Japanese. Allard was born at Jefferson, S. D., and attended school in Sioux City and Alton. Besides his parents, he is survived by three brothers, and eight sisters.